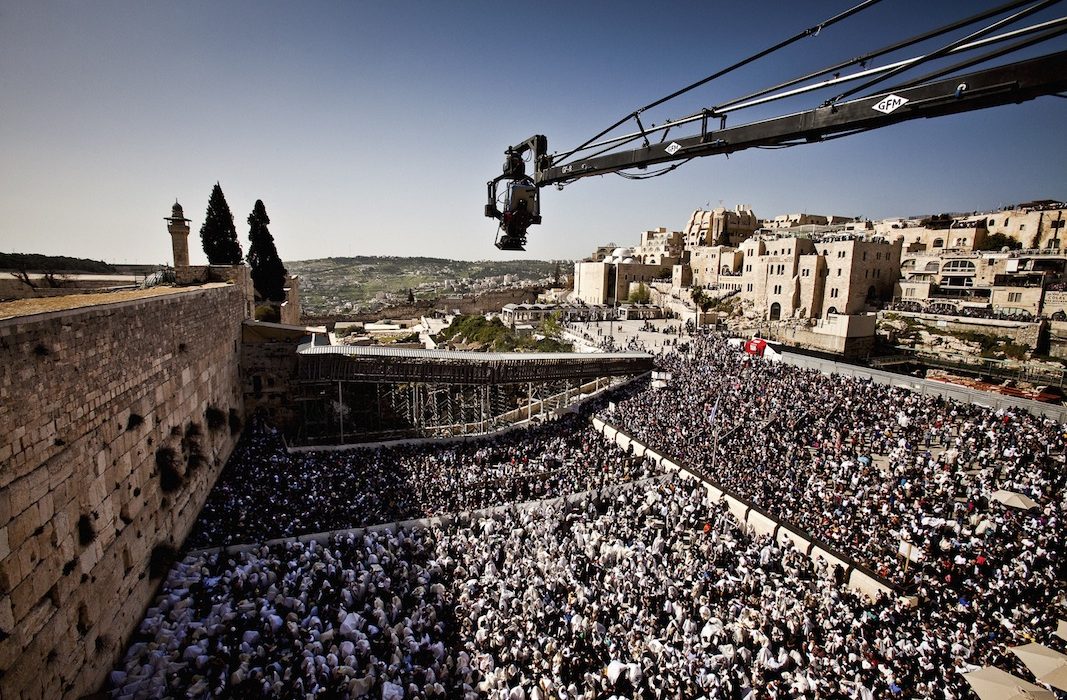 The job of the sort of IMAX documentary that screens at museums is simple: fascinate, educate, and visually wow an audience of both school field-trippers and their chaperones, and get off the stage in about three-quarters of an hour. With this as its tricky and sometimes contradictory criterion, “Jerusalem” succeeds rather nicely.

“Jerusalem is the crucible of coexistence,” said writer, producer, and first-time director Daniel Ferguson, on hand at the recent world premiere of the film at the Museum of Science’s Mugar Omni Theater. “Why are people fighting over this little city on a hill?”

He and his coproducers admitted “there was nothing that was not complicated” when it came to filming. At the crossroads and flashpoint of three major religions — Christianity, Judaism, and Islam — Jerusalem is “the most contested piece of real estate on earth,” intones narrator Benedict Cumberbatch (PBS’s “Sherlock”).