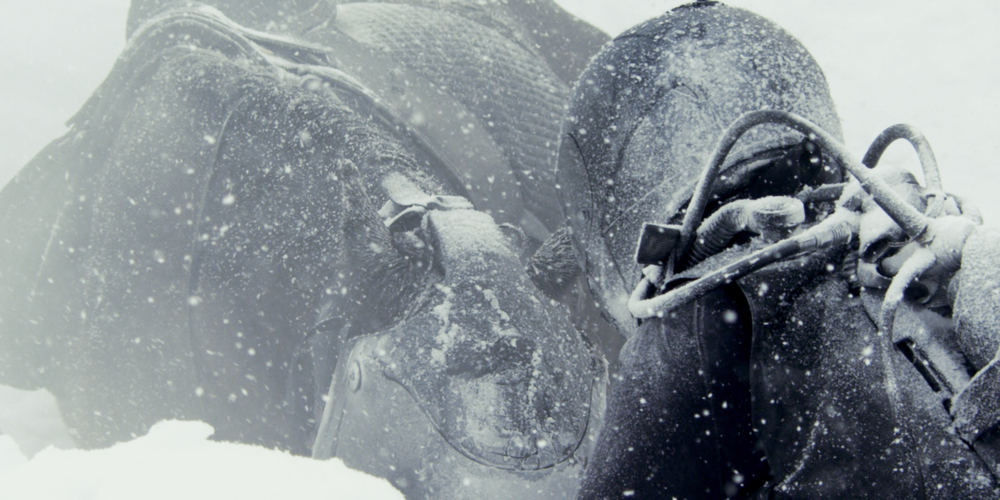 […]
In the film Lost in Time, the watch is discovered buried in an Arctic landscape. The film opens with a man on horseback, whose costume suggests both a knight and an astronaut, a scene borrowed from Thirty Two Short Films About Glenn Gould. Lost in Time includes Bach’s Goldberg variations, which Gould interpreted.

Bernatchez sees the film as a confrontation between subconscious urges and the conscious mind that tries to inhibit them. The horse, which represents instinct, leaves on its own when it disagrees with the rational man. Both freeze, but it’s the horse that is reborn when a block of ice is found and thawed out.